My first trip to South Africa and Marloth Park was in 2007.  About two weeks after our arrival one of the pregnant Zebras who had been visiting the yard gave bi 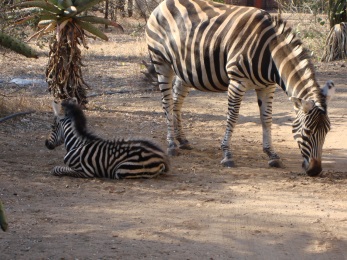 rth to a new baby.  She brought the baby to the yard the following day.  Being overly creative the new zebra was named “baby”.  “Baby” had not even learned how to nurse when she first arrived in the yard.  “Baby” was easy to recognize as she had a distinct triangle on her back with several circles and it was this marking that has allowed me to follow her progress in Marloth Park over the years.  Some of her offspring have a similar triangle but much smaller and with less circles.

We continued to see “baby” and her mother on and off throughout that summer. 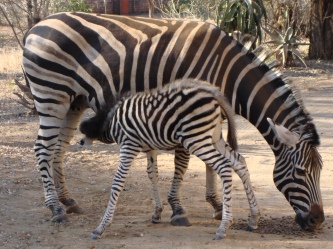 When I returned in 2009 for some reason “Baby” did not show up at the house at least while we were there. When I returned in 2011 “Baby” again appeared with the group she was going around with including  “Baby’s” baby, a female zebra about five months old.  During 2011 she visited several times with her group.

I again returned to Marloth Park in 2013 and we were greeted by a very pregnant “Baby”.  She did not give birth while we were there in 2013 but shortly af 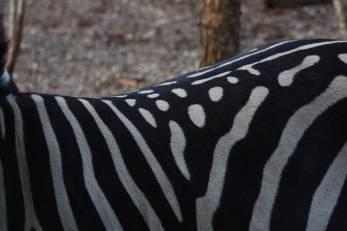 ter I came home, our neighbor Andy sent me a picture of “Baby’s” new son.

In 2015 I again returned to Marloth Park and was met on the first day by “Baby” and her group.  She was not pregnant this year. She and her group visited often and even showed up on our last day of the trip to say goodbye.”Baby” is now 8 years old and in very good shape, I look forward to many more years of visits from “Baby” when I visit South Africa.  It is now 2018 and I have not seen Baby in 2 years. 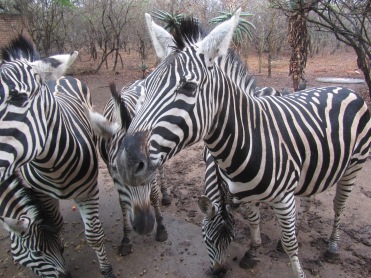 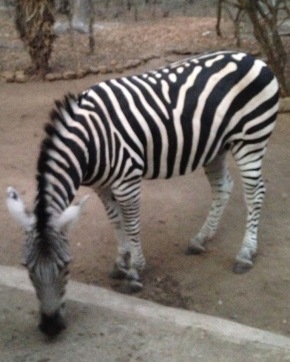