Vienne is an important town in the Rhone region situated in the Isere department.  The town has a long and prestigious history dating back to the Allobroges, a tribe of Gauls, and by 47BC when 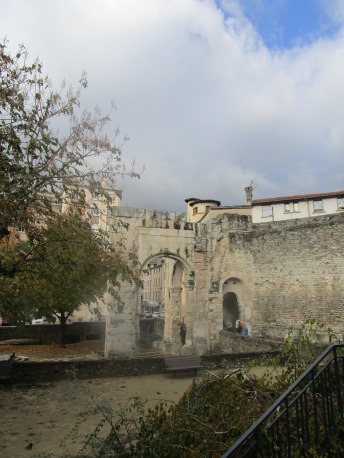 it becomes a Roman colony under Julius Caesar. The town later became a Roman provincial capitol.

Roman monuments include the Temple of Auguste et Livia  erected by the emperor Claudius in the original city forum.  It was built between 20-10 BC and converted to a church during the middle Ages.  There is a Roman Amphitheater which is still used and some thermal baths.  A Roman monument, Plan de l’Aiguille, is a truncated pyramid eating on a portico with four arches.  Ecavation in the Jardine de Cybele include an Obelisk.  Across the river from Vienna are the ruins of a Roman Town St. Romain en Gal.

There were Christians here in 177 when the 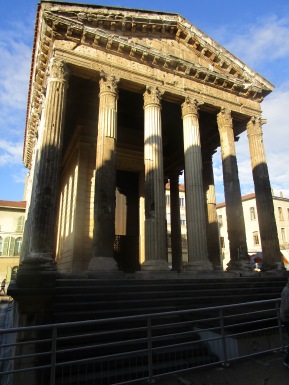 Churches of Venne sent a letter to Asia and Phrygia where the deacon of Venne id mentioned.  The town was also an important early bishopric in Christian Gaul.  The first bishop was Verus who was present at the Council of Arles in 314AD. At the council of Venne in 1311, Pope Clement V abolished the order of the Knights of the Templar.  During the middle ages Vienne was part of the kingdom of Provence, dependent on the Holy Roman Empire.  The bishopric was dissolved in 1790 during the revolution and officially terminated in 1801. 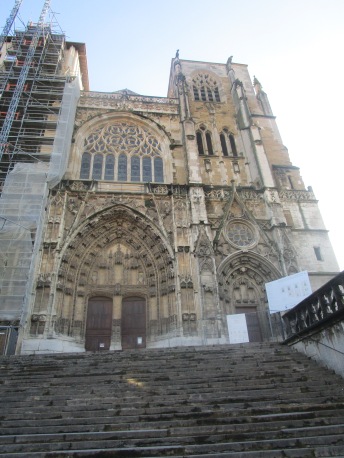 Medieval Vienne contained a number of balcony houses built in the 16th and 17th centuries.  Some of the houses are half timbered and some are in stone with intricate carved windows.  There are several religious monuments and an Archaeological Museum.

There is a Gothic-Romanesque cathedral St. Maurice.